Timing, as the saying goes, is all. This is nowhere more true than in music. The speed or tempo at which a piece of music is played has more to do with how we perceive that music than any other factor.

Think about how much a person’s walk says about them. An energetic person will dash around, a more elderly person will move in a deliberate and unhurried way; somebody elderly or injured will hobble. In the same way, the character of a piece of music is immediately announced by the tempo adopted in the performance. Beethoven 5, first movement, announces itself dramatically — da-da-da-dumm! — at allegro con brio. The nostalgic slow movement of Dvorak 9 (“From the new world”) is marked Largo.  These are almost the extremes of tempo markings.

Since music began to be notated, these Italian tempo markings were the only means composers had to indicate how fast they wanted a piece of music to be played. Then came the metronome, beloved of music students around the globe. This clockwork device  allows the tempo to be expressed as a number — the metronome marking. A book, The First Four Notes: Beethoven’s Fifth and the Human Imagination, by Matthew Guerrieri, contains the story:

The metronome was an invention of Beethoven’s day; he didn’t have access to it when he was writing his early symphonies. But later, he came into contact with it and loved the device. “He immediately buys one and sits down and starts going back over all his old scores and putting in metronome markings,” Guerrieri says. “And he picked a tempo for the Fifth Symphony that even today sounds really, astonishingly fast.”

The setting he chose was 108 beats per minute — so fast, so hard to play, Guerrieri says, that people have been theorizing for centuries about why Beethoven might have mismarked his own symphony. A broken metronome? Advancing deafness? Nobody knows. [Deceptive cadence, NPR Public Radio]

From this point you might ask — what’s the big deal with choosing a tempo? Just set your metronome (clockwork or app) to the marking in the score, and play it at that speed. The composer can’t be wrong, right? Well, not quite. Their metronome may be faulty, as Beethoven’s could have been. There is quite a literature, including a mathematical paper, trying to work out why Beethoven put such fast tempo markings on his music. (This New York Times article reviews the various issues that the faulty-metronome hypothesis raises.)

There are other considerations too. One of these is the nature of the acoustic in which the music is to be played.

Sergiu Celibidache was a Vegemite kind of conductor — some love him, others can’t stand him. The issue is the extremely slow tempos he used to adopt, particularly in Bruckner. Celibidache was very interested in Zen, and had a semi-mystical view of conducting. I’ve never really understood this until I read this excerpt from his autobiography:

‘Herr Doctor, how fast does that go?’ he once asked Wilhelm Furtwangler about a particular passage. The answer had unexpected consequences: ‘Ah that depends on how it sounds.’ Later Celibidache alluded to this laconic remark: ‘So, the way it sounds can determine the tempo! Tempo isn’t a reality per se, but a condition. If there are an enormous variety of factors working together, then I need more time in order to create something musical; if less is going on, I can move through more quickly.’ [Notes to Bruckner 3, Symphonies 3-9, Munich Philharmonic/Celibidache]

Or, as his son puts it

more notes need more time to develop and return (to the ear). The richer the music, therefore, the slower the tempo … When only a percentage of what existed in the hall can be heard, the tempo always feels “too slow”. [Ibid.]

The point is “in the hall”. A large reverberant space like a cathedral will have a much slower or “wetter” acoustic than a concert hall or recording studio. So there is no such thing as “the right tempo”; a work will be played at speeds that suit the acoustic of that performance.

Celi’s interest in Zen leads one to a few paradoxes. This recording has the shou symbol for longevity on the cover and in the liner notes: 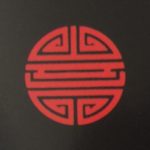 This symbolises his ongoing legacy. He was obviously a major conductor, whose work we can now only know through recordings. However, he hated recordings, believing that they destroyed the uniqueness of each performance. He believed in the primacy of the moment, and wanted to create the conditions for a transcendent experience on the part of the audience. This concept is summed up in the term ichi-go ichi-e:

often translated as “for this time only,” “never again,” or “one chance in a lifetime.” The term reminds people to cherish any gathering that they may take part in, citing the fact that many meetings in life are not repeated. Even when the same group of people can get together again, a particular gathering will never be replicated and thus, each moment is always once-in-a-lifetime. [Wikipedia]

So why did his family authorise EMI to issue a series of Celi’s recordings? There are several official reasons. First, they wanted to secure his legacy before copyright on his recordings expired, when pirate editions of questionable quality would be issued. Second, they intended to create two foundations: one musical, the Celibidache Foundation, the other more general, S.C. Help, which “will cover various needs in the world”.  Whether these intentions were realised or not, the volumes of this edition I have seen are handsome productions, with full liner notes and beautiful photography of  Japanese dry gardens.

Regardless of the philosopy, what do the results sound like? I have only heard Bruckner 3 and 4. Bruckner was a special favourite of Celi’s; the mystical and spacious aspects of this music lend themselves to the latter’s approach. I find the interpretations quite hypnotic. It helps that, with the exception of no. 7, I don’t know the symphonies very well. I can just space out and let the process take over. It definitely works for me. It is music of mountain peaks and sudden storms. As in Wagner’s last opera Parsifal, time becomes space.